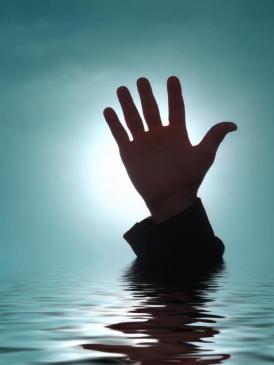 There is a romantic notion that a leader is like a knight in shining armor.  They can save anyone and anything in any situation and everybody will cheer their efforts and laud them a hero.  As great as that sounds, that is not always the case.

Sometimes, the best way for a leader to lead is to remove themselves from the situation.  The circumstances dictate that the right move is for new blood to tackle the issue.  Even the noblest of leaders cannot fix every issue.  Their skill set, belief system, or team constraints force them to step aside and let someone else try to resolve the situation.

In many instances, it is better for a leader to leave them wanting more instead of staying too long.  It is better to be seen as going out on top because when the failure to achieve occurs, the fall may be too great for the team to bear.

We see this a lot with celebrity CEOS, TV personalities, politicians, and athletes.  But it also happens every day in companies, non-profits, and schools.  The leader reaches a point where they are no longer effective.  Their message is tuned out, their results are not what anyone is accustomed to, and rather than accepting that they had a good run, they hang on too long.

Often times, the demise is self-imposed by doing things illegally or by cutting corners.  Other times, it is just the natural business cycle.  Someone was lucky enough to catch the wave and not smart enough to get off before the crash.

If you are a leader who does not feel they are being effective anymore, you need to evaluate whether you should still be leading that team.  Be proactive to figure out how to recharge your team and honestly access what they need to be successful.  If the answer is not you, you need to be the leader that you are and move on.

It may be scary to change positions or to be between positions, but your reputation and the team you leave behind will thank you.